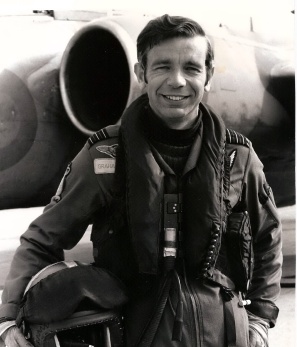 Air Commodore Graham Pitchfork, MBE BA FRAeS, served in the Royal Air Force for 36 years as a navigator. He was trained at the RAF College Cranwell and then joined a Canberra reconnaissance squadron in Germany.  This was followed by a three-year exchange tour with the Fleet Air Arm as a Buccaneer observer, which included a year embarked on the aircraft carrier HMS Eagle in the Indian Ocean and the Far East.  Later, he commanded No. 208 Squadron equipped with the Buccaneer strike/attack aircraft making him the first navigator to command an RAF fast-jet squadron.   He was on the Directing Staff at the RAF Staff College, before a tour in the Directorate of Air Plans in the MOD responsible for the Tornado GR 1 and its associated weapons.  He served as Director of the Department of Air Warfare at the RAF College Cranwell before commanding RAF Finningley, the largest flying training base in the RAF and where he orchestrated two of the biggest air displays held on an RAF base.  He was one of the last Commandants at Biggin Hill where he was responsible for the selection of officers and aircrew into the RAF.  His final appointment was as the Director of Operational Intelligence in the Ministry of Defence before retiring in 1994.  He was appointed MBE in 1971 and elected as a Fellow of the Royal Aeronautical Society in 1991.

After leaving the RAF he established and managed Delta Jets for five years and organized a Kemble Air Show.  In 2000 he became a consultant and member of the board of directors of Kemble Air Services based at the former RAF airfield at Kemble.  He retired in 2013.

Away from aviation he served on the council of the British Schools Exploring Society (now British Exploring) for a number of years before becoming its chairman for ten years.  He is now a Patron of the Society.

Over the past twenty years, he has become an established author and lecturer on RAF history with fourteen books and over 300 articles to his name.  For the past fifteen years he has been the aviation obituary writer for the Daily Telegraph and has written over 600 obituaries.  He has also been a consultant editor at the National Archives. 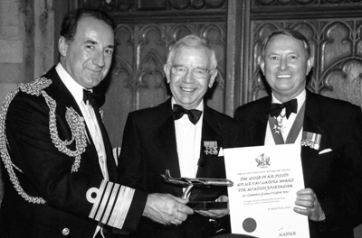 In 2012 he received the Guild of Air Pilots and Air Navigators Award for Journalism ‘in recognition of his outstanding contribution to the promotion and public awareness of aviation’ and the Air Power Association awarded him the C.P. Robertson Memorial Trophy for ‘the best interpretation of the Royal Air Force to the public through constant effort over a number of years’.