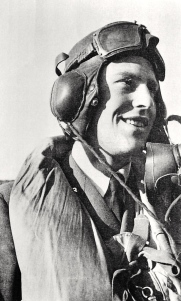 Burbridge was the most successful British and Commonwealth night fighter pilot of World War Two.  With his navigator, Flight Lieutenant Bill Skelton, he destroyed 21 enemy aircraft and three V-1 flying bombs.  On one sortie in support of a Bomber Command raid, the pair destroyed four aircraft .  His exploits were recognised by the award of two DSOs and two DFCs.  He devoted the rest of his life to his Christian beliefs with the Scripture Union.