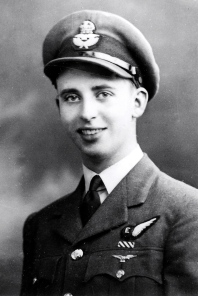 A former Halton aircraft apprentice, Ted Stocker was one of the first flight engineers who went on to complete 102 operations in heavy bombers over Europe, one of very few airmen to reach this extraordinary number.  He was the only flight engineer to be awarded the DSO.  Many of his operations were with the Pathfinder Force and he frequently flew with the Master Bomber.  He also received the DFC.  After the war he trained as a pilot and flew with Coastal Command on Lancasters and Lockheed Neptunes.