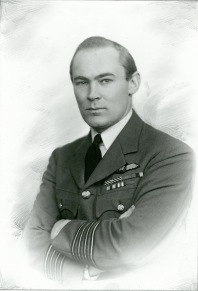 AVM Deryck Stapleton has died aged 100.  He began his flying career in bi-plane bombers and towards the end of his service he took a Vulcan bomber on a round-the-world trip.  He was awarded the DFC whilst serving with No. 14 Squadron in the Middle East and in Eritrea where he flew the Wellesley and the Blenheim.  He commanded a Bomber Wing in the Balkan Air Force.  In the post war RAF he commanded jet fighter bases in the UK and in Germany.   He was appointed AOC No. 1 (Bomber) Group when his Vulcan bombers carried the UK’s strategic nuclear deterrent.