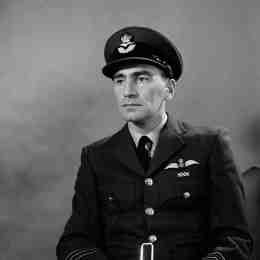 Sir Michael Beavis gained worldwide fame when in 1960 he flew a Vulcan bomber non-stop from Lincolnshire to Sydney in Australia in a time of 20 hours 8 minutes.  He made three rendezvous’ over Cyprus, Karachi and Singapore with Valiant tanker aircraft when fuel was transferred in flight to his Vulcan.  This was a potent demonstration of the strategic value of air-to-air refuelling so graphically illustrated 21 years later during the Falkland’s War.  A former fighter pilot, Beavis later commanded the first RAF VC 10 strategic transport squadron before embarking on a series of senior appointments in MoD, the RAF Staff College and later as C-in-C RAF Support Command.  His final appointment was as Deputy Commander-in-Chief of Allied Forces Central Europe.  He retired to Cyprus where he died on June 7.